Founded by La'Nardo L. Myrick and wife, Kinnette L. Myrick in 2003. The first companies created was Up and About Entertainment to produce audio and video recordings. In 2004, K.L.M. Enterprises LLC was created to be the headquarters and main hub of all new ventures.

9 Fashions and Material is the fashion divisions created to produce clothing and other fashion concepts. The first company founded is BogardThat Clothing and Apparel in 2007

The Black Cherry Record Label created in 2002 to produce and record music. Its first local release was Up And About By 9-0 featuring Kansas City artist Fedo And Murda.

KLM Scripts and Over The Wall Films were created via the writing and registering of several scripts written by La'Nardo Myrick bka Producer 9-0. Each company are the result of mentorship by Troy "T-Go" Barker.

9.0 Magazine another brainchild of Producer Nine Oh ws creeated to fill the void of every decreasing urban print media companies. The magazine prides itself on providing more pages per feature and free business advertising.

No Limit Forever East was founded by Emmett Lee Dove in 2014 with a partnership with Master P of No Limit, No Limit Forever, Money Mafia, Tru Tank Solidiers and No Limit Boys. Emmett Dove meet Producer 9-0 and partnered with him to distribute and producer for his 2 labels, DFE Records and No Limit Forever East. Through a series of tough events for Emmett, the future was murky. After introducing French DJ and Promoter, Kenni Starr to Emmett, a series of mixtapes began. In September 2016, Producer 9-0 formally Incorporated No Limit East and recieved the company's tax ID number. Two weeks later, Emmett Lee Dove died due to a massive heart attack. Producer 9-0 is the sole owner of No Limt East. Now tasked with job of branding the east division, Producer 9-0 and Tyrieke Coleman share the vision of the late Emmett Dove.

Population9.xyz was created in the same narrative as each company that La'Nardo Myrick has created, to empower and educated others. The socail media site has went thru many changes. From zero to 13,000 members back to zero. The site entail every promotial feature that indie music artists need to spread, retain and reach new fans. It is laced with basic features that other socail media giants like Facebook already have. Population9 adds a few nice wrinkles. Its rally cry, so to speak, is the end to selling your data and data mining. The levels intorduced limit the regular users ability to fully control site content and instead, gives it more established members. That is accomplished by way of memberships level that increase the member's ability to use the sites fuctionality. Populationp is the site we all want. One stop social media. 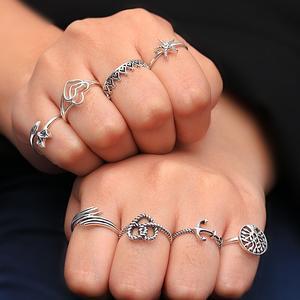